I recently found out that Homecoming Mums are a tradition pretty much only practiced in Texas. Naturally, I was completely surprised. I decided a guide was necessary for explaining this tradition to non-Texans.

After seeing the Jezebel article about Texas Homecoming Mums, I was completely floored to hear that the tradition is only practiced in Texas. It was such a big part of every fall semester in High School, that I couldn’t believe people in other states didn’t do it as well. If you’re a newcomer to our great state, there are a few things you need to know about the tradition and why we do it. 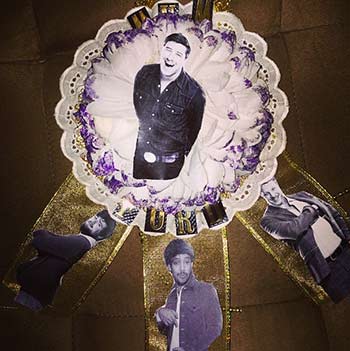 Not all mums are serious and gigantic. Some are small and funny, like this Mum(ford) and Sons Mum. Mums are a form of personal expression as a teenager, and this is a perfect example.

11. The Mum Started As A Simple Flower 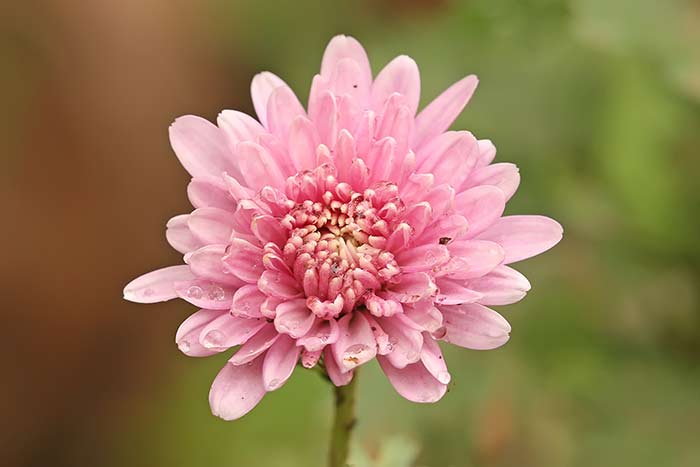 We aren’t crazy people. Weird maybe, but not crazy. The tradition didn’t come out of nowhere. It started out several decades ago as a simple chrysanthemum gift from a boy to a girl.

10. Guys Give Them To Their Homecoming Date

Along with a Homecoming football game, there is normally a Homecoming Dance. High School boys will take their girlfriend or will ask a date. The tradition is for the guy to give his date a mum. For the most part, guys get them either by A) asking their Mom to make one, or B) buying one from a professional Mum maker (yes they exist).

9. Girls Also Give Guys One Called A Garter

Girls aren’t the only ones that get in on the action. Guys also wear smaller mums on their arms called garters. Normally they’re made to match the mum that the girl was wearing. 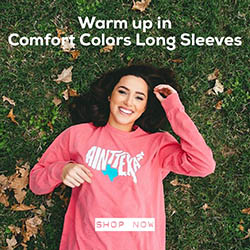 8. Being Able To Make Mums Can Make You Rich

Mums aren’t complicated, but not everyone is crafty enough to make their own. In reality, the stuff you need to make them doesn’t cost much, but some people want to skip the hassle and just pay for a pre-made mum. In that case, they’re going to be dropping between $60 – $300 for one. You may be asking yourself, “why in the world would someone have to pay $300 for fake flowers and ribbon?” Well, I’ll tell you why…

7….It Ain’t Cheap To Electrify A Mum

Yes, you CAN put LED lighting in mums. I didn’t know many folks doing this back when I was in High School, but nowadays, if you really want to impress your date, the latest in mum-lighting technology will help you do just that. 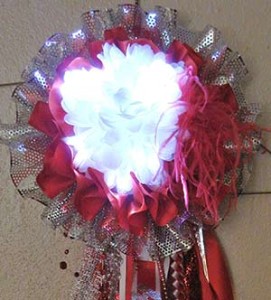 LED lights will cost ya, but the price you pay will more than be made up for in admiring stares from other High School kids who wish they had gotten lights in their mums. 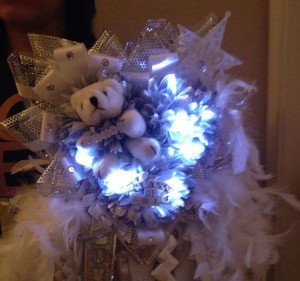